We have extensive experience in drafting separation agreements and advising those who have recently separated.

Preparing For Brexit
Brexit Hub ›
Get the latest updates on COVID-19
Get Updates ›
Jump to: 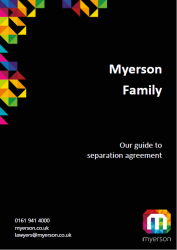 The Gates' Divorce – Splitting in the Pandemic

Have you missed out on a financial settlement on divorce?